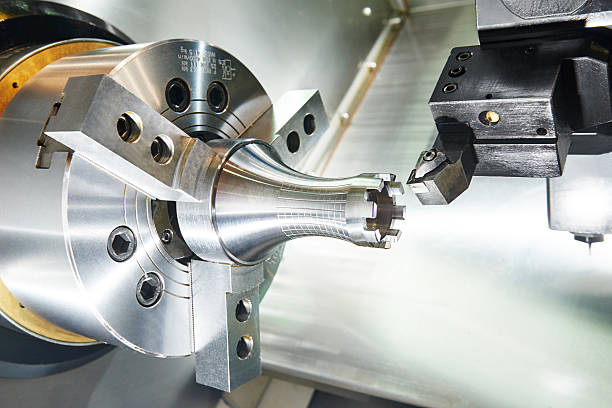 Most of the machines used in industries for various manufacturing processes are usually kept running continuously. Due to this, corrosion and wearing out of the machines is bound to happen if they are not properly maintained. Cutting fluids are widely used in metal-related processes like drilling, milling, turning among others, to ensure that the rate of production of the machines is high, and the products made are of high quality.

When metal is cut, a lot of heat is produced. The heat is due to the friction generated between the cutting material and the metal. In the case of light cuts like the ones made during regular maintenance the surrounding air is sometimes sufficient to provide adequate cooling. However, for large production operations that require heavy cutting, the ambient air is not efficient to achieve cooling, and a liquid coolant, which is a cutting fluid is used. It can get rid of the heat at a fast rate and prevent slowing down of the production process. Other than cooling, the fluids help in preventing the buildup of friction by lubricating the area where the cutting edge and the metal chip meet. Industrial cutting fluids also help in preventing the metal chips from attaching onto the cutting tool.

Benefits Arising from The Application of The Fluids

Lubricating and cooling of metal surfaces ensures that the finished product has a smooth surface, the rate of wearing out of the tool decreases, since it has undergone proper cooling, reduced consumption of energy, since the friction is reduced, clean working areas, since the chips formed are removed, and formation of protective coatings to prevent corrosion.

READ  Need Help With A Lock? Use These Locksmithing Tips!

The Different Categories of Fluids Available

Cutting fluids are grouped into four main categories: Straight oil (its role in an industrial machine is essential. It does not form an emulsion, and it functions when undiluted. It is made mainly of either petroleum oil or a mineral base. Other ingredients include sulfur, chlorine, vegetable oils among others). Synthetic fluid oil (in place of petroleum oil, the synthetic fluid oil contains organic and inorganic compounds to prevent corrosion. It is used in a diluted form). Soluble oil fluids (they are the most commonly used since they are the least expensive and provides the greatest lubrication. When mixed with water, they form stable emulsions. They are used in a diluted form). Semi-synthetic fluids (they comprise both the synthetic and soluble oil fluids).

The Fluids Take Different Forms, and The Delivery Methods Used are Different.

They can either occur in the form of pastes or gels, aerosol sprays, liquids, carbon dioxide coolant, and air. The methods of delivery usually vary based on how they will be applied, which can be by brushing, misting, spraying, or flooding. In many manufacturing operations, the most commonly used method involves the use of high a pressure and volume pump, which forces the fluid out to the edge amid the cutting device and the chip. The walls of the machine help in controlling the spread of the fluid and helps in re circulation.